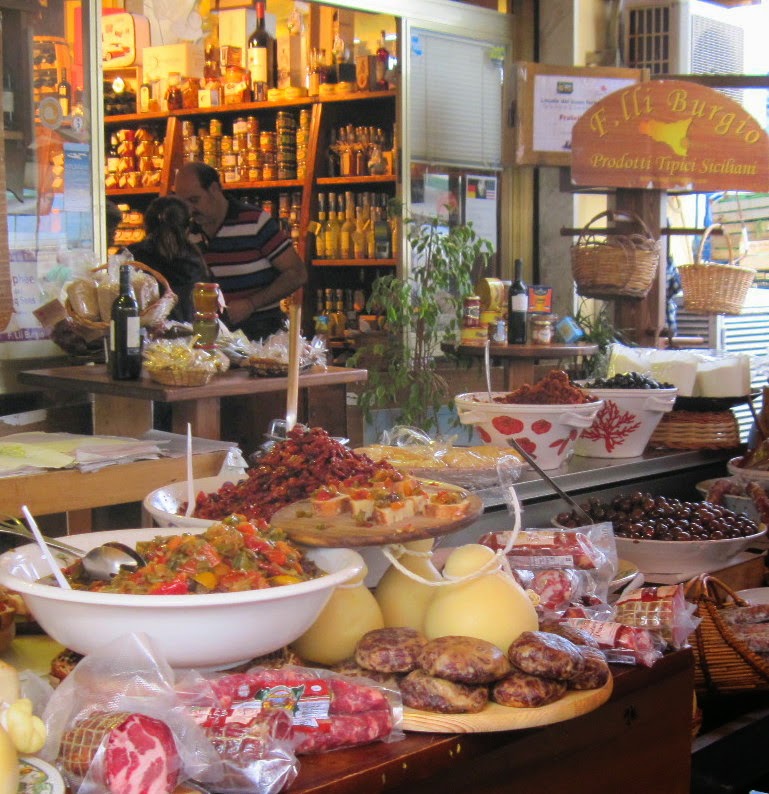 Vanessa walked out the front door after breakfast to giveCharlie a quick run before she had another cooking lesson from Jack. A black Citroen sedan pulled in the drive surrounding the stone fountain. The driver, wearing a black cap, jumped out to open the back door. A tall, lanky man dressed in a light brown suit, brown and white striped business shirt, and shiny green tie stepped out and frowned. His prominent nose sniffed as if he smelled something bad.


Charlie who'd been struggling to pull the leash from Vanessa's hand, now turned and tried to scamper back to the terrace. She pulled hard and yelled 'heel', not that he'd ever paid attention to what she said.

The unknown man gave her a tight smile. “You must be Ms. Vanessa Tippett. I am Jacob Lay. I have come for my dog.” He extended a hand as if to take Charlie's leash.

“Charlie belongs to me.” Vanessa couldn't believe the nerve of this man. Even if he had flown there at considerable expense, that didn't prove he owned the dog.

He glared at her. “The dog was the property of my cousin, Raymond Carr, who died. As his nearest relative I inherited the dog and he now belongs to me.”

Vanessa's hackles rose. She did not like Charlie being called 'property'. “I was told Mr. Carr had no relatives and should be taken to a pound as an unclaimed animal. I claimed him and now he belongs to me.”

Charlie swiveled his white, furry head from one speaker to the other. When the stranger approached him again, the dog whimpered and pressed against Vanessa's leg. Charlie's negative reaction reinforced her outrage. He usually loved meeting people. She thought there must be seriously bad vibes coming off this man.

Jack came walking around from the back of the chateau. Vanessa was relieved to see him. She thought he must have been working in the garden because he had soil on his knees and hands. But he was a welcome sight.

“I have come to claim my property, the dog. Le chien?” Jacob Lay seemed to stretch up on tip toes so he could look down his nose at Jack.

Jack looked at Vanessa. “Is that right?”

“Do either of you have papers for Charlie?” Jack bent to scratch the dog's perky ears.

Mr. Lay bristled. “I do not have papers with me, but I have flown at great expense to acquire this dearly beloved pet.”

Vanessa felt her heart thumping. “I love him, you don't. I don't know why you want him. Maybe to sell him to the highest bidder.”

“This woman is hysterical. As a reasonable man, I know you will support my claim.” Jacob Lay smiled thinly at Jack.

“I think you better leave now and come back with legal papers to support your claim.” Jack took Charlie's leash from Vanessa and led them back into the house leaving Jacob Lay gaping.

He snapped shut his mouth and shouted, “I will come back with the proper papers and she will give me the dog.”

The chauffeur opened the door to the Mercedes' back seat and waited for his client to climb in.

Once inside the chateau, Jack explained to Edmund what had just happened. He asked the butler to alert all the staff to keep an eye out for Mr. Lay or any other stranger who might appear on the grounds.

Edmund bowed stiffly and took Charlie's leash from Vanessa. “Messr Jacques, Mlle Vanessa, I will guard Charlie with my life.”

Vanessa frowned. “Oh goodness, I don't think that'll be necessary. It's probably just a big misunderstanding. Charlie doesn't seem to know or like this man. And although Charlie is adorable, I can't believe this man loves him.”

“Maybe there's another reason he wants the dog.” Jack suggested. “But come on, let's get back to the kitchen. We're too busy to worry about an fou, a crazy man.”

In the kitchen, after thoroughly scrubbing his hands, Jack made Vanessa swear an oath to never divulge the recipe he was about to give her.

“If all goes well and you win the contest with our recipe and our lavender, it could mean enough money to keep us from selling the farm.”

“What? You never told me if I lost you'd lose the farm. I can't be responsible for the future of your family.” Vanessa thought there was no way she could ever focus on cooking now. It was too much pressure.

Jack laughed. “I'm exaggerating. Trying to loosen you up.”

“That's not the way to loosen me up.” Vanessa felt like crying.

“Did I hear Jacques say he wanted to loosen you up?” Lucy wearing another blouse and pants of pink and orange swirly patterned fabric walked into the kitchen. “Vanessa watch out for my baby brother. He pretends he's not interested in anything but food, but it's a cover for his amorous activities.

Vanessa's felt her face redden. “No, no, we were just talking about the contest and how important it is to your family.”

Jack ignored his sister's comments. “Have you heard about the visitor Vanessa had this morning?”

Lucy nodded and put an arm around Vanessa's shoulder. “Don't worry, we won't let him take your adorable little dog.”

“But what if he does have legal papers showing he's the heir and owner of Charlie.”

“Ah, but he doesn't know French law. And we have a lawyer who can tisser une toile de mots, spin a web of words around him that he will never break through.”

Jack shot Vanessa an amused smile. “That would be Claude, Lucy's long time suitor. He is still waiting for her yes or no. Right, Lucy?”

Vanessa flinched in embarrassment for Lucy. She thought she would never understand the French or French families or anything about the French. She had never been so grateful to be an only child.

Lucy shrugged her shoulders. “It just takes me a long time to make up my mind. And if he's willing to dangle so long, that's up to him, not me.”

Jack raised his eyebrows, “And is there a reason for the pleasure of your company in this working kitchen?”

“Yes, dear brother. I have brought a letter for Vanessa. It's from Chicago and I thought she'd be eager to receive it.”

Vanessa took the white envelope Lucy offered. “I'll wait until later to open it. It can't be urgent or the person would have called.” She was surprised to see from the return address that it was from Dumpy Dan, her former boy friend. Why would he be writing her? Oh, well, she thought, that could wait until later. She needed to concentrate on cooking. After all the fate of the Savigny family rested on her. Not that she expected her nonexistent cooking ability to save the day.

Jack shooed Lucy out of their work space. “Vanessa and I have lots to do. You've delivered the message, now sortez, get out.”

He tossed Vanessa another crisp white apron. “Enough fun and games. Now attendez we work. Today I will entrust you with the recipe that I know will be the prize winner. It uses all the most famous ingredients of our region.” 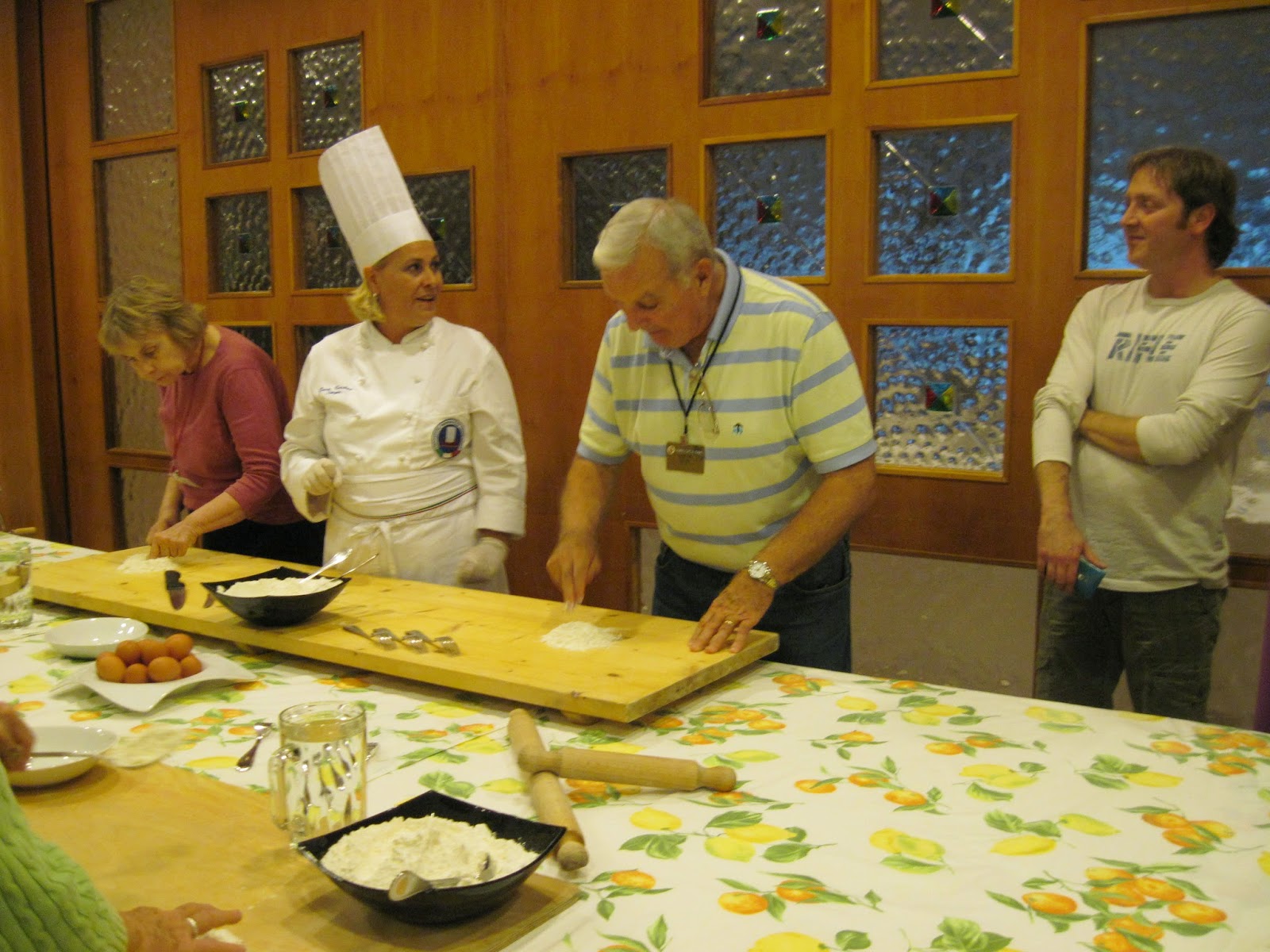